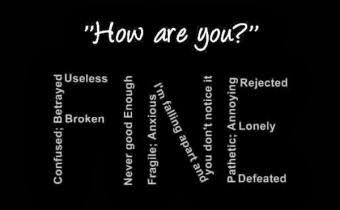 A crucial part of Mental illness is!!! A person suffering from it might not be aware of it!!!

Most of the time it destroys lives. One such mental illness Is Bipolar Disorder….

Now One Might Ask What Is Bipolar Disorder? Is It Simple Mood Swings? Can It Be Dangerous?

The answers to these question are not as simple as we think. A person suffering from Bipolar Disorder oscillate from maniac episodes to major depressive episodes.

In Hypomaniac episodes: Symptoms are like maniac episodes however its not as severe as them. But due to lack of severe symptoms bipolar diagnosis becomes difficult.

In Major Depressive episodes: One experience

John Brodie was Vice President of a leading bank of the world. When he was young he did not showed any sign of mental illness. He was quite social always happy. But as years passed he started experiencing sleep regression, anxiety followed by depression. His parents used to encourage him but they missed out on his diagnosis of any mental health issue.

Years progressed his sleep pattern became worse. He started experiencing persistent insomnia but to add to a surprise element he never used to feel tired. He used to have racing thoughts therefore; he was not able to focus on any relationship. He used to have recurrent break ups. Started isolating from society.

But yet he was successful in his profession. Soon he started gambling at his job also. Very frequently he used to get stodgy on his current job and used to switch to another. People felt he is just being ambitious; however the truth was something different.

He started going to prostitutes to satisfy his sex drive. To put a stop on this his parents got him married. But future had something else stored for him.

After marriage his major depressive episodes started. He started getting addicted to alcohol. He became abusive. He isolated himself from society and friends. John became verbally abusive to his wife and began to lack tolerance for his more difficult clients, but despite his lack of patience, he remained successful in his career.

John’s mental issues took control of his life, and although he had no control over his extreme shifts in mood, it became too much for his family; they had reached their breaking point. His wife started suspecting John of any mental issue and tried to make him consult with a psychiatrist. While this was meant to help John, it sent him even further down a destructive path.  He blamed his wife for his issues and domestically assaulted her. She fought back and survived the attack. But she filed a divorce against John and their marriage broke.

Everyone in John’s life started avoiding him due to his abnormal behavior. He started staying alone and just go to work. His mental health condition went worse. He took voluntary retirement.

His maniac episodes started once again. He went on a world tour taking a risk on his savings. While he was on a world tour suddenly he felt absolute depression. He felt; he was all alone, nobody to stand behind him for his support.

One day his body was found in a hotel room hanging from a roof.

The major depressive episodes triggered suicidal thoughts in him. How alone, zestless and pain he must have felt before taking away his own life.

Here may things comes to our mind. Had he been able to seek proper medical aid; his life would have been saved.

If his family would have understood his problem and would have helped him to seek proper medical aid, his life would have been saved.

Get help with Stress, Anxiety, bipolar and Depression at Athena Health Care Services.

A talk therapy session and psychological consultation on Anxiety, Stress and Depression management can definetly help you to heal your minds in a better way.